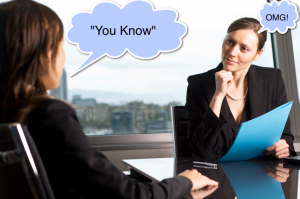 I started my journey in B2B sales and marketing 31 years ago as a butter salesman. I can assure you I didn’t go to college to be a butter salesman but in 1981 times were tough and decent entry-level positions were scarce. Fortunately people still eat during severe economic recessions so food manufacturers were still hiring.

My first opportunity for advancement came about one year into my apprenticeship, when Earl, our Senior Account Manager in Houston, Texas, had to have open-heart surgery. My company shipped me down to Houston a couple of weeks before Earl’s surgery to work with him. The goal was to transition me into some of the big direct- buying wholesale and retail accounts Earl had successfully managed for over a decade. Being only 24 years old, this was an opportunity to manage a market where we annually sold over 3 million pounds of butter. That’s a lot of butter!

“Nothing But A Damn Yankee!”

Earl was one of the most interesting characters I’ve ever met. He was in his mid-sixties at the time and was quite proud of his Southern heritage having been born and raised in Texas, .  Earl reminded me of an older version of Kenny Rogers. He wore expensive armadillo hide cowboy boots, a gold nugget necklace and sported a full-length grey beard that extended almost to his belt line. I couldn’t help but notice the Confederate flag bumper sticker prominently displayed on his company car.

I soon found our Earl didn’t care much for anyone born north of the Mason-Dixon line (me) and he expressed his extreme dissatisfaction with the company’s idea of moving some “young whipper-snapper” down from the “North” to take over his accounts. I knew I was in trouble when he kept referring to me as “nothing but a damn yankee!” It did not take me long to realize Earl was afraid I would screw-up the great relationships he had built up with the key account dairy buyers in the Houston market. Little did I know I would soon have the opportunity to prove him right!

My first ride-along with Earl was scheduled a few days after landing in Houston. It was mid-May, and already it was stifling hot outside – 89 degrees with over 90% humidity. Earl asked me to tag along with him to call on our largest wholesale buyer. He ask me to prepare a presentation of our upcoming quarterly trade allowance. Although I was nervous about the call, I saw it as my opportunity to prove to Earl that his accounts were going to be in good hands while he was tied-up in the hospital having surgery. I remember staying up late the night before going over our contract performance and price terms. I wanted this meeting to come off without a hitch and practiced how I would open our discussion with the buyer.